My book ‘A Model Partner’ is due to be released in spring 2014. The plot follows Tom Stacey, a lonely and eccentric individual who is trying to recapture the happiest time in his life, a time when he met his first love while living in a horse-box with his grandfather.

Part of the book is focussed on Tom’s efforts to understand the physical traits and personality which would be needed to make up an ideal partner. Of course, being an obsessive kind of character, Tom doesn’t take the task lightly and he begins some unorthodox ways of figuring them out.

Some of Tom’s research is based on the individual features of the face. So I thought it would be good to take a few of Tom’s notes, tie in a literary theme, add a nice little title and ponder a question that has haunted people since the dawn of mankind –

What does your snoz say about you?

So read on and be astounded, amazed or perhaps ever so slightly interested…

I Wanna Nose What Love Is

Picture this, ancient Greece, marble columns, stone temples, a bearded man running around shouting ‘Eureka Eureka’ and you have a job interview in the local public baths.

You potter into a sauna-type area, anxiously clutching a parchment with all you CV details on it. An interviewer sweats on a stone seat. He frowns when he spots you, grabs your parchment and throws it into his wicker bin in the corner.

‘Get out of here you useless git,’ he shouts. ‘And don’t ever let me see that nose around here again.’
‘For multiple Gods sake,’ you say. ‘What in Hades name am I going to do now?’

Unfortunately there is little you can do.
Your nose has let you down.
You see, in many cultures in ancient times it was believed that a person’s features directly portrayed their personality and as noses are at the forefront of the face they were of particular importance. The ancient Greeks even had a healing system based around facial diagnostics. They thought that any ailments within the body could be expressed through the face. This is known as physiognomy. (Not to be confused with fizzyogamy which is where bubbles in fizzy lemonade will only marry once in a lifetime)

There were many different nose types and many different traits assigned to them by the Greeks. But the question is, would a person’s nose be a useful tool in figuring out their personality? 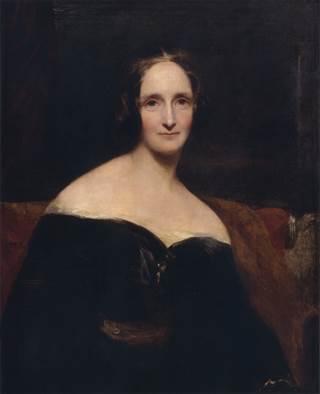 A long, eagle’s beak type nose indicated philosophical tendencies and was a sign of someone who followed their own path, in a figurative sense of course because in ancient Greece there weren’t as many paths as there are now.

Mary Shelley had this nose type. True, she did have philosophical ways and these certainly come through in her work but then again, perhaps this was less about the nose and more to do with having to cope with a tough life – her mother died when she was eleven, she had an affair with a married man and fell pregnant in her late teens. And, sadly, she would lose this child and the wife of the man she had an affair with would commit suicide. She would lose two more children before the birth of her son Percy. Shortly after, her husband would die when his boat sank in a storm.

A pointed prominent nose falls into the choleric or fire bracket which indicates being emotionally volatile or high-strung. (Be warned)

People who have this nose type were considered to be intelligent, skilled and well in control.

A short and compressed nose falls into the Sanguine (Air) category and this is an indication of a balanced personality. Harper Lee falls under this heading. She was a very good friend of the flamboyant Truman Capote. I’d say you’d need to be a bit balanced for that.

A broad solid nose falls into the Melancholic or Earth heading and no surprises to find that it indicates a grounded individual. 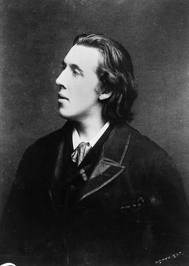 People with a Roman type nose shape were said to be great leaders. They do not do things impulsively and are great at influencing others.

Oscar Wilde certainly influenced a lot of people. If his own feelings are mirrored through the actions of his fictional characters he might not have believed himself to be a leader though, case in point, when Cecil Graham (Lady Windermere’s Fan) states:

I don’t know about you but for me there’s a whole load of truth in this.

The upturned nose is often thought of to be one of the most attractive of all noses. Optimism is one of the traits associated with this nose type. But in general I find that attractive people tend to be more optimistic than less attractive people. Except, strangely, when it comes to the purchase of scratch cards. 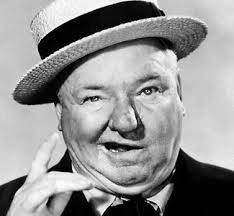 The ancient Greeks would have seen a bulbous nose in a negative way, the unbalancing of the face offering the notion of many darker physical and mental health issues. W.C. Fields was famous for his bulbous nose. But he was known to be a sound family man. Well, apart from his tendency to hide in the bushes of his home and fire pellets at nosey people who appeared uninvited on his property. But hey, we all have our faults, W.C. shooting his pellets, Ian Fleming and his womanising, Hunter S. Thomson and his substance abuse. I myself have been known to blatantly bypass the crumbled custard creams at the top of the packet and take the undamaged ones underneath.
I know, I know, I’m a terrible man!

For most, we don’t have a single, defined nose type. We are the mixed type, a little bit of bulbous and a whole lot of point. Or a big bit of Greek but pointing in the wrong direction. In other words, most of us own a ‘mongrel nose’.

But if you’re thinking to yourself, ‘Hey, all this stuff about noses is so complicated that I’d rather people didn’t have noses so I never have to read anything about noses ever again’ then you are probably someone who puts little thought into what they say but you should also be warned. In olden times nose amputation was a common punishment for certain crimes.
Even in England, around the 16th Century, anyone who wrote or spoke ill of the king might have been condemned to amputation of the nose or ears. Daniel Defoe , author of Robinson Crusoe, only managed to avoid nose amputation at the very last moment, a punishment given to him because of pamphlets he produced against the King
Judging by his image, it would have been a waste of a terribly very fine nose. 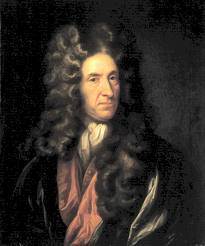 One thought on “I Wanna Nose What Love is!”