Formed in 2001, with 3 albums to date, the current line-up for A Lazarus soul could be described as an Indie super-group.  The rhythm section is made up of  bassist Anton Hegarty (formerly of Future Kings of Spain) and drummer Julie Bienvenu (Drawing Circles/ Time the Revelator), with the energetic Joe Chester on guitar (The Waterboys/ 10 Speed Racer) while lyricist and vocalist Brian Brannigan is the heart and driving force of the act.

For me there is something deeply sincere about the music of A Lazarus Soul. It is not spurred on by ego or pretentiousness but by a love of the craft and a need to give voice to a section of society that is so often misrepresented in the media. Touching lyrics and soulful melodies, the band were described by Zeitgeist as “Truly one of Dublin’s best kept secrets”.
Recently, I was lucky enough to track down the  lead singer of this talented outfit and get him to open up about his musical influences and all things songwriting related… 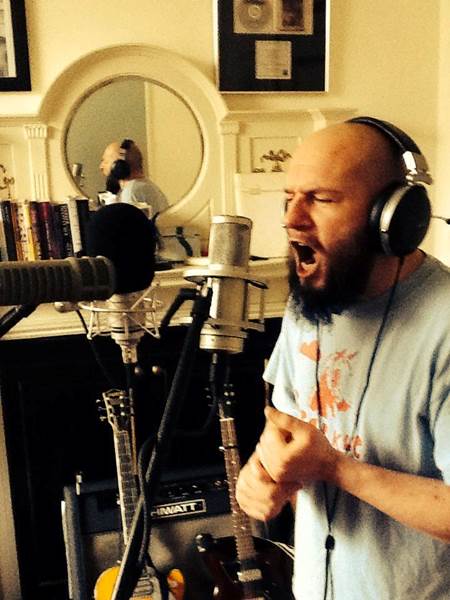 (Graveyard of burnt out cars)

How and why did you become a songwriter?

I was listening to music from a very early age. Apparently I knew all the words to the songs on the radio at 5 years of age and I used to sing down the lane from my house for money. I bought my first 7” in 79 when my brother dragged me from the clutches of parents bringing me to mass and instead  brought me to the Dandelion Market. It was Bright Eyes by Art Garfunkel and this started a weekly tradition of me going to town for vinyl.

However, I only starting writing around 17 years of age. I went for an audition for my first band and when I was leaving they said I also had to write the lyrics. When I protested that I couldn’t write, they said
“you have to be better  than the last fella”
And that was it for me.

What other artists inspire you?

My first real inspiration were English bands like The Smiths and Joy Division. They had a huge impact on my style of writing. When I started out, Ireland wasn’t exotic enough for me so I used to write about situations or places I really knew nothing about.  I started hanging out in the International bar in the 90’s and Damien Dempsey encouraged me to start looking closer to home for my muse.  I took his advice and became much more focused in my writing. Other Irish artists like Cathal Coughlan and Brian Mooney from Idiots were very inspirational to me also. In recent years, songwriters like Bill Callahan, Mark Linkous & Vic Chesnutt. I would rate the latter as some of the greatest lyricists of our generation.

Tell me about how you go about writing a song

Sometimes I just sing random melodies and record them on my phone. When I get  an idea for lyrics, I go back through the tunes and find one that’s decent. I sometimes build up tunes using a drum machine, keyboards and a sequencer. You always get a great feeling when a decent tune is in it’s infancy and that’s the buzz I’m always chasing when I write. Once I know I’m on to something I go for long walks  to  come up with words. I walked marathons for this latest record.

A street became a row of houses, a home became a building
A neighbourhood lost its appeal, the day that Harry left for England
A silent handshake signaled the end of thirteen years
And what had took a lifetime to secure
Just took a day to disappear

You’ve worked with many other talented musicians and songwriters over the years. Is there any one of these which stand out?

Yes, I’ve been blessed to work with incredibly talented people down through the years and the current line-up of A Lazarus Soul just blow me away. I rarely give any direction on an arrangement and they seem to understand  just what a song needs. Julie has the most unorthodox style of drumming and this leads the tunes into wonderful places. Anton has been the musical foundation for A Lazarus Soul for over a decade now.   Joe Chester is the most talented musician I’ve ever worked with. His production and musical knowledge is extraordinary. He has produced/ played on all the records and his input is invaluable.

I notice that place and youth are some of the themes in your work. What other themes inspire your songs?

Social politics are a huge inspiration for writing. I like to think of songwriting in the old tradition of a song being a record of local events, a way of passing down stories from your area, mirroring what it was like to live in a particular time. Similarly I prefer the old tradition of someone doing a party piece or singing impromptu at a house or wedding to the very unnatural setting of a staged performance. Those community performances are  closer to my heart.

I used to play here on these consecrated grounds
When I was younger
I kissed a girl here and whoever would have thought,
That this would be the very spot he would be found

What advice do you have for anyone thinking of getting into this area?

Leave yourself time to develop and don’t be in any rush to release. Be honest with your writing and make music for the love of it which I think is the best way to connect with people. I find walking alone, the best way to write words. I lost my IPod a couple of years back and wrote an album in a few months. I didn’t realise what a distraction it was and how much it was blocking out ideas. I think it’s important not to force yourself to write either but when you’re in the mood make the most of it.

What are your plans for the future?

I spent the last 2 years writing our new record and the past year recording it. We’re putting some finishes touches to the mixes this week so hopefully we’ll have it out by the end of the summer. We went back to my old secondary school in Finglas to record it which is closing after 50 years on May 31st.  I was asked by the Principle to pen a song and sing it at the closing ceremony for the school. So that will be a proud but sad moment for me.

Through the Window of the Sunshine Room (2011) 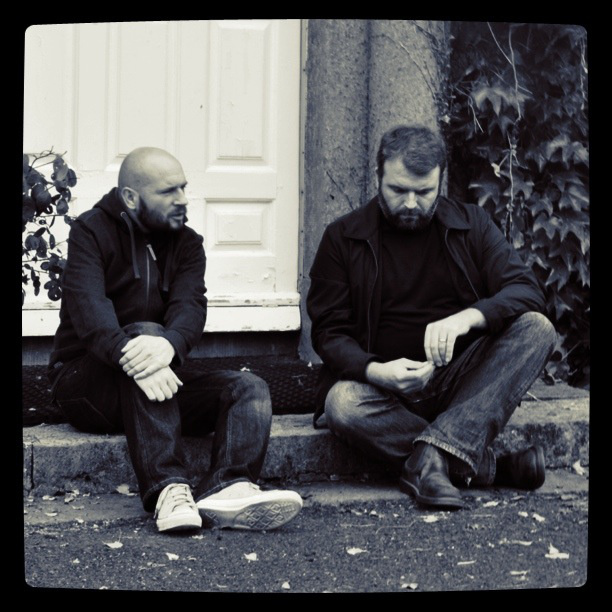 3 thoughts on “Interview with a songwriter”